Skip to content,,en,Welcome to the lands that gave shelter to the famous Bandolero Jose Mª "El Tempranillo,,es
Home » Palenciana 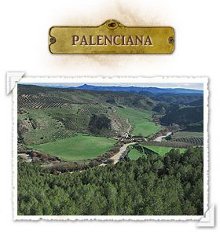 Palenciana is the southernmost village of the Subbetic Cordoba, with an environment that already confused with the Llanos de Antequera, in the border province of Málaga. The municipality has a term of 16,13 Km2, and is 399 m of altitude above sea level. You are 104 Km. capital of Córdoba, a 2 Km. Province of Malaga, a 6 Km. of Seville and a 25 Km. in the province of Granada. The arrival is preceded by almond Palenciana that warn us of its location between two regions, to one side the Llanos de Antequera, to the other the SubAndalusian. This border situation has contributed to palenciana pass almost become part of the provinces: Cordoba and Malaga.

The origin Palenciana remotest goes back to the Iberian civilization, as evidenced by the remains found in the depositsarchaeological Cerro de los Toros. On Cerro del Pozuelo some still observed vestiges of what was a poblado novelfortified. In 1548 Emperor Charles V sold Benamejí lands and Palenciana the ruler of Burgos D. Diego de Bernuy, who founded the lordship of his name and that over the years became the Marquess of Benamejí. Palenciana is named after its founders, that they were old palentinos the time of the reconquest. The Villa belonged to the nearby Benamejí up 1834, year in administrative segregation getting, ending the dependency created rivalries between the two populations.

The influence of nearby Vega antequerana perceived in the dish called "Fuck raw", salmorejo similar to. Other traditional foods are fried tomatoes and the stew. Among the special pork has fame blood sausage. And pastries are outstanding borrachuelos, the tortilla Christmas, the flowers androsquillos.

You can also visit :