Skip to content,,en,Welcome to the lands that gave shelter to the famous Bandolero Jose Mª "El Tempranillo,,es
Home » Cockaigne 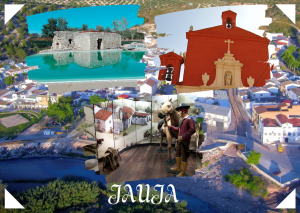 Jauja is located to Southwest of the province of Córdoba and also al SO the municipality of Lucena, al que pertenece. What land of Cockaigne could call extends over a strip of land of the said term, between the channels of the rivers Genil and Anzur. The topography is quite hilly due, on the one hand, to be found in the foothills of the Subbéticas, and, other, to the nature of its soil that has made the previous river channels have been fitted, leaving many slopes on its banks and several streams, which, equally, penetrated the soft materials forming lithologic, overall, very rugged landscape of slopes. Colorado Brooks and White, the highlight of the Genil result in the same population of Cockaigne, gathering in the last meters of its route, not before all the people crossed, configured streets having longitudinally therealong.

Cockaigne is a hamlet of Lucena, Cordova, and has a population of about 1.000 people, whose main source of income is agriculture, specifically the olive grove and orchard. Cockaigne is named after the Arabs, who named it "Xauxa", which means passage or gate, because its location was the point used by the Arabs to connect with the plains of Granada Ecija. From the time of the Arabs are the irrigation systems, ditches, pools and, course, the Arab aceña, which is by the river Genil on its way through the town.

Cockaigne was Arabic to the late fourteenth century, in the eighteenth century became part of the Dukes of Medinaceli, for from the nineteenth century as a move to become hamlet of Lucena. According to Lope de Rueda, Cockaigne was a land whose streets were paved with pine nuts, with a stream of milk and a honey, where dogs tied with sausages and not working, there comes the famous phrase "This is Cockaigne".

S Early. XIX was born in Lucena, specifically in the Casa Cuna de San Juan de Dios, M ª José Exposito, an orphan, which ended up being Hinojosa Family hosted by Cobacho of Cockaigne. He acquired the surname of his adoptive family and years later be known as José M ª El Tempranillo, the most famous Andalusian bandits. In Cockaigne grew up and lived his childhood, The Tempranillo, in the house of a family linked to the field as day laborers, work was recognized him until he began to mount. Cockaigne Not far are the mountains of San Miguel, where popular tradition traces the origin of the conversion of José M ª in bandit. In the pilgrimage of the mountains of San Miguel to be held in the chapel of the same name, people account José María Hinojosa, killed a man in a fight, to defend the honor of a woman, as a result he had no choice but to take to the mountains and become Tempranillo, since the punishment for killing a person was the death penalty.This nickname El Tempranillo comes at the early age at which José María Hinojosa began to mount.

The gastronomy of the area is fully identified with the world of agriculture, with what most typical meals of the area are those that traditionally have fed the people of these towns for many years. The dishes featured in this section are gastronomic baton, the oil and gas, the stews, and vegetable stews. Also relevant are the roasted peppers with sardines o el cod with orange.

The most important resources are to visit in clover :

Ferris wheel on the Rio Genil